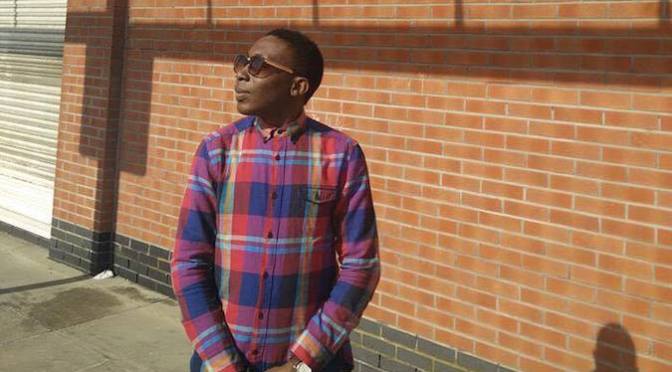 Sickle cell anaemia is a life-threatening blood disorder that doesn’t get a lot of attention. An inherited condition, it primarily affects black people, particularly those from African countries.

27 year-old Nigerian Gani-Castro Ameh explains to Sarah what it’s like to live with the debilitating disorder, which regularly causes his body to be hit with extreme pain and go into ‘crisis’ – and how much he wishes there was more awareness and support.

What is sickle cell anaemia, and how long have you been aware that you have it?
Sickle cell anaemia is an inherited disorder. It’s a blood disorder where the red blood cells are in the form of a sickle shape rather than a round shape. Sickle cell affects every aspect of your life, from physical appearance to emotional distress and depression.

Because the red blood cells are sickle, they cause blockage of the flow of oxygen, which as a result causes extreme pain for the sickle cell patient. I have lived with sickle cell throughout my life – as I mentioned it’s an inherited disorder.

When I was a kid, I had frequent hospital visits and crises [pains], mostly at midnight. Living in Nigeria – especially the northern part, in Kaduna – it was very dangerous to move at night, but my parents were always sure to take me to the hospital no matter what.

Is it true that sickle cell mostly affects black people? How come?
Yeah, I myself always thought that it affects just black people, especially Africans, but I got to find out that there are cases of sickle cell disorder in other regions and races as well – like Asians, South Americans, Caribbean and also Caucasians.

However, there are high numbers of sickle cell traits in African people, especially in Nigeria. I feel that with the magnitude of this disorder more should be done globally to create awareness.

It has been stated by the WHO that it is important to increase awareness in the international community of the global burden of sickle cell disorders, but they have done little or nothing about it. I was surprised when I went to the United Kingdom to study that they know little about it. For instance, someone said that since I have sickle cell I can’t be susceptible to malaria, which is wrong.

What does it mean for you day-to-day? It sounds like it’s difficult to be treated.
A day-to-day life for me as a sickle cell patient is very taxing; I have to take my drugs daily. I have to take a lot of water – up to four litres a day – to enable the flow of oxygen and ease access of red blood cells. I have to avoid stress, and also malaria which triggers crisis.

There are things which other people do that I can’t, like playing sport, gym, things that could trigger a crisis. I do get hospitalised a lot due to pains – it can take a long time before I recover, weeks or even months. In some cases I have to get blood transfusions.

Frequent visits to the haematologist for follow-up treatments and regular visits to the hospital and medications make it very expensive to afford here in Nigeria, especially with the low access to health insurance. One has to use out-of-pocket payment on healthcare.

I have lost friends with the same condition. The average life expectancy of sickle cell patients is not more than 20 years. In developed countries such as the US and UK, studies have shown that people with the disorder live up to 60 years and above.

I have frequent visits to hospitals when I have severe pains that I can’t control at home. It’s sad because everyone in the hospital will know you and see you as a ‘regular customer’. Aside from visiting the hospital during crises, I visit the haematologist every month and have been placed on regular medications.

“I have frequent visits to hospitals when I have severe pains that I can’t control at home. It’s sad because everyone in the hospital will know you and see you as a ‘regular customer’.”

Sickle cell treatment requires serious management efforts, especially things to avoid and things to do in order to not get into a crisis. Also, pain management when I am in crisis involves a series of very strong painkillers, and fluids.

Different environments have an effect on sickle cell, for instance when I was living in Manchester what always triggered my crisis was the cold, unlike in Nigeria where it would be malaria. I had to always keep myself warm or risk going to the hospital – also with the stress of my study, and much school work. Studying in the UK, especially for a Master’s degree is very stressful.

Have there been any times where it’s been really bad, and you felt like you might not survive?
There are a lot of times where it has been very bad, to the point I thought it would be my last moment on Earth. It gets to points where I will lose a lot of weight – very skinny – be on oxygen, and I have to have a transfusion, and it takes weeks to recover and be able to move around.

One particular time I had the worst crisis, prior to coming to the UK in  2014. It was a month before I was to leave Nigeria to study. I had been ill and weak, my parents and I were at the US Embassy for our visa interview – we planned on going to the States for a vacation when I fully recovered. During the interview I threw up and collapsed.

It was very embarrassing because at that time there was the case of Ebola in the country, so people thought it was Ebola and were scared to come close to me or to help. My parents carried me up and rushed me to the hospital. I felt I was going to die at that point.

How does it make you feel emotionally? It must be difficult to have to deal with something like sickle cell all the time.
Having sickle cell affects you emotionally. During crisis and pains I get emotional, asking myself questions like ‘why me?’ Sometimes I feel God should just take my life because I can’t bear it anymore.

I feel like a warrior and a survivor any time I make it out of the hospital alive after a crisis. I feel I’m glad to have gotten another chance in life because I have been expecting the worst.

There are times where I will get to the hospital during a crisis in Nigeria and nothing works – I will be given a series of strong painkillers such as tramadol, morphine and yet the pains will still be there. So I will just have to live with the pain till it subsides.

“During crisis and pains I get emotional, asking myself questions like ‘why me?’ Sometimes I feel God should just take my life because I can’t bear it anymore.”

These painkillers are also addictive and sometimes one can get used to the drugs, especially tramadol. A friend of mine living with sickle cell, who is a doctor, had to be taken to rehab because of drug addiction.

I have met a lot of people with sickle cell and there is one thing we always wish for: for people to feel what we go through, even if it’s just for a day. It’s very depressing, that feeling we cannot do things ordinary people can do – low self-esteem. It’s difficult to tell people what we go through because people will think we just want sympathy. Rather, we seek empathy.

What did you study in Manchester, and what was your experience like of living there?
I studied an MA in Development Studies at the University of Manchester, it was really a great experience. Though it was tough for me, especially academically – stressful, hard to keep up with assignments, classes and my health. I was unable to meet deadlines.

It was a one-year course but it took me almost a year-and-a-half to complete because of my health. Aside from that it’s always raining, which is also bad for my health, coupled with the cold. It was difficult to tell people about my condition; I had to keep it to myself because I felt no one cares. Everyone is always on his or her own, not like back at home where people could feel your struggle or pain. It was very difficult to adapt mentally.

I could say I had the best medical care in Manchester though, so that I hardly got crises. The nurses and doctors were nice and friendly. While I was in Manchester I took part in other activities – I took a photography and videography course for beginners with the Community Arts North West in Manchester and I made a short video to create awareness about the condition.

What are you doing now you’re back in Nigeria?
I would like to work in the development sector, but I am yet to get a job in that area. Before I left for the UK I was working as an auditor for an accounting firm. But I use my time to volunteer for a sickle cell NGO, helping to advocate for sickle cell here in Nigeria.

My main interest is in health, especially the cost of healthcare. Healthcare is expensive and people cannot afford quality healthcare in Africa. People are pushed into poverty as a result of out-of-pocket spending on healthcare. One way to curb this is through health insurance, which in Nigeria covers only three percent of the population. I hope for better healthcare services for people with sickle cell in Nigeria.

Nigeria needs more advocacy and policy to cover more of the population with health insurance, especially the poor. Living with sickle cell is depressing, but sometimes I have to be positive about life, and know that there are other people going through far worse than me. I believe everything has a purpose in life and I use that to motivate myself. The reason may not surface now, but maybe in the future.

Gani-Castro Ameh is a sickle cell advocacy volunteer from Abuja, Nigeria. He has an MA in Development Studies.

Sarah Illingworth is Editor at Impolitikal, and Communications Officer for the Open University’s Learning and Teaching Innovation department (Translation lead). She has an MSc in Poverty and Development from the University of Manchester. Read more by Sarah.