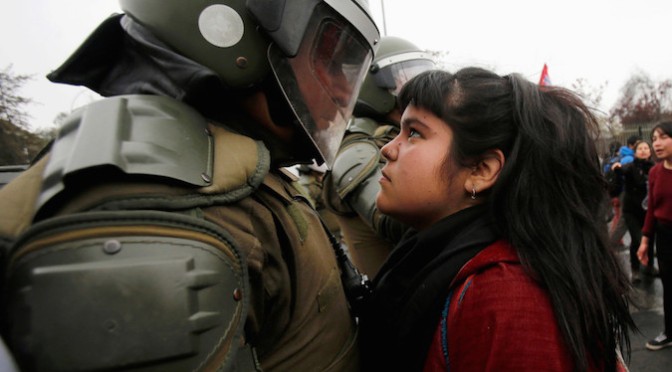 For me, anger has always been something to avoid – to avoid feeling and acting out of it myself, and to avoid triggering it in others. But there is a place for anger, and sometimes for rage. I’ll spare you a rehash of the reasons for rage Donald Trump has provided over the course of his campaign and young presidency, and the other recent examples of populism that have been bubbling up around the world, but it’s safe to say anger is an emotion widely felt right now. I don’t think human life should be occupied by a constant battling it out for one’s basic needs, or those of others for that matter. But in reality, survival’s the gig. For some this is a latent, pre-won struggle, that every now and then slaps them in the face. For others it’s, necessarily, raw and very much day-to-day. Be it a tussle over basic resources or deep power, we are always only a few steps from conflict.

END_OF_DOCUMENT_TOKEN_TO_BE_REPLACED

Three days after the June 12, 2016 shooting of 49 people at Pulse, a gay club in Orlando, Israeli Prime Minister Benjamin Netanyahu responded with a video recording of a speech on YouTube, which received over 22 million views on Facebook alone. Whilst the motivations of the shooter remain unknown, Netanyahu’s celebrated speech presents them as explicitly terrorist in nature. What we see is a classic case of pinkwashing, a tactic that hijacks LGBTQ struggles for other agendas, while distracting from other injustices and violence.  END_OF_DOCUMENT_TOKEN_TO_BE_REPLACED