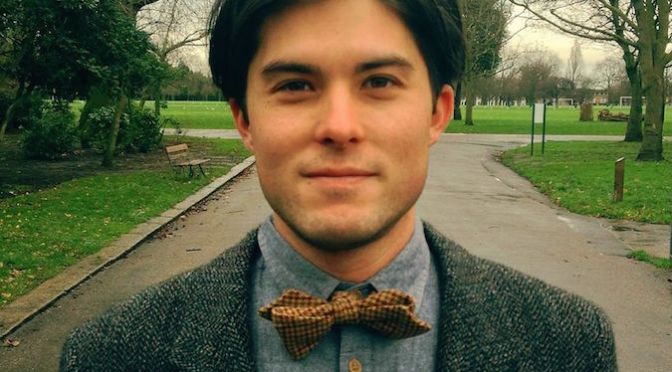 On June 8 at 9:59pm, drinking with colleagues at an Islington pub and waiting for the exit polls, I at least felt a sense of consolation in Labour’s brilliantly-fought election campaign. One minute later, the room exploded with cheers and spilled pints as a generation of New Labour political thinking was upended like a clapped-out Mercedes during a street riot. Hopefully this means that fading political diva Tony Blair will stop appearing on TV every few months to remind us that he won three elections.

No one can deny that this was anything but a victory for principled, passionate politics and their snaggletoothed standard-bearer, Labour leader Jeremy Corbyn. I, like most, got it wrong. Having focussed too much on the game played out on TV, newspaper columns and social media, I could only see disunited, cynical hatred. Whether against property-owning boomer parents or Trump-Brexit-voting racists who refused to check their privilege, people weren’t energised by a coherent, positive alternative when Theresa May called the general election in April. Yet over the last two months, we saw a passionate, empathetic, professional Corbyn emerge to promote a credible, popular vision which bested conventional wisdom, money and Lynton Crosby – creating a new coalition of 18-45 year olds who overwhelmingly voted Labour.

“No one can deny that this was anything but a victory for principled, passionate politics and their snaggletoothed standard-bearer.”

This political shift was possible because over the last two years the younger half of society, disillusioned with the politics of their parents, have responded to the unlikely emergence of an older generation of white left wing male gadflies – Bernie Sanders in the US, Jean-Luc Mélenchon in France and Corbyn in the UK. Why people were inspired by politicians like Corbyn isn’t a big mystery: they empathise with their struggles when others wouldn’t and vice versa.

Especially after the Global Financial Crisis, younger people have become a laughing stock, having their legitimate economic gripes reduced to luxury avocado brunches, impatience and an unwillingness to be realistic. On one end, highly-qualified 20-something graduates are told this as they shift between low-paid, unrewarding jobs, high-rent flats and student loan repayments, always observing how well-connected privately-educated, unworldly schmoozer colleagues and flatmates can rely on Uncle Bertie for that lucrative internship while the bank of Mum and Dad pays their bills.

“Younger people have [had] their legitimate economic gripes reduced to luxury avocado brunches, impatience and an unwillingness to be realistic.”

On the other end, Generation X’ers have experienced the culmination of this meritocratic ideal, having seen those cunning but ill-suited peers rise to the top who ironically chide the supposed laziness of those who didn’t make it as somehow deserving of welfare cuts, expensive housing and job insecurity. The rising star professionals, entrepreneurs and politicians who are publicly heralded for their ambition and decisiveness are too often just the ones most willing to wield the hatchet for career gains.

In contrast, these younger generations admire the emerging, older radical politicians for sticking to unfashionable principles against free market excess, war, student debt and political and economic unaccountability – which we feel – while enduring decades of ridicule for being poorly dressed, crotchety and, like us, not growing up. Once they were ‘national treasures’ – cute but unthreatening – but now they’ve united with the disillusioned younger half to form powerful political movements which threaten to end the political model entrenched worldwide since the 1980s.

As principled, empathetic, scruffy outsiders, Corbyn and his ilk symbolise our desire for authenticity. Despite often being an over-bombardment of beard oil and Wes Anderson fonts, it’s best not to underestimate bespoke trends. Conventional political wisdom has wrongly assumed that we live in a post-ideological world where values don’t matter – only brand differentiation where parties are no different than cars or detergent. This has missed a values revival – both in our daily lives and our politics.

“As principled, empathetic, scruffy outsiders, Corbyn and his ilk symbolise our desire for authenticity.”

Labour’s Corbynite unconventional campaign approach has also exposed the dirty secret of professional politics: politics isn’t that difficult nor does it need to be exclusive. Too often political dialogue in newspapers, TV and social media has been the sole preserve of pundits and geeks. Overly-analytical policy wonkery, arcane language and sporting metaphors – winners, losers and who won the week – provides a false mystique of politics as a cynical, elite pursuit rather than accessible, plain-spoken discussions about education, health, jobs and housing.

The strongest foundation of this approach is the myth that only a charismatic, principle-less ubermensch can successfully win power through crafting a broadly agreeable narrative to target a plurality of political ‘tribes’ invented by marketing departments and pop-politics academics. Yet in two months a socialist backbencher of 30-plus years learned to be just as good and even better than any ‘rising star’ media darling. Corbyn became a polished candidate while maintaining a touching, fun, human narrative. This was mutual – while we learned from him, he learned from us. We brought him into the digital age – teaching him not just polished messaging but also emojis and memes. He’s essentially the world’s oldest millennial – young at heart. Watching him transformed into a confident politician proves that you can be both principled and effective. Broad swathes of Britain have begun to feel hope again.

“In two months a socialist backbencher of 30-plus years learned to be just as good and even better than any ‘rising star’ media darling.”

Even the best efforts of voter turnout campaigns like Rock the Vote campaigns worldwide haven’t been enough – people need something inspiring to vote for. It took an unlikely resurgence of authentic old radicals to unite different yet interconnected generational experiences to create a new political movement for the younger half. Sanders, Mélenchon and now Corbyn have taught younger generations how to do politics again. We realise that rather than quietly surrender like our parents and ambitious peers, we can demand choices. Amber Rudd’s magic money tree exists and can work for more than just the homeowners and Northern Irish Protestants. This only happened because a group of unlikely politicians listened to us and we helped prove that it is possible to teach an old political dog new tricks.

Oliver Chan is a London-based social and political researcher and writer, and Politics and Economics Editor at Impolitikal. Read more by Oliver.