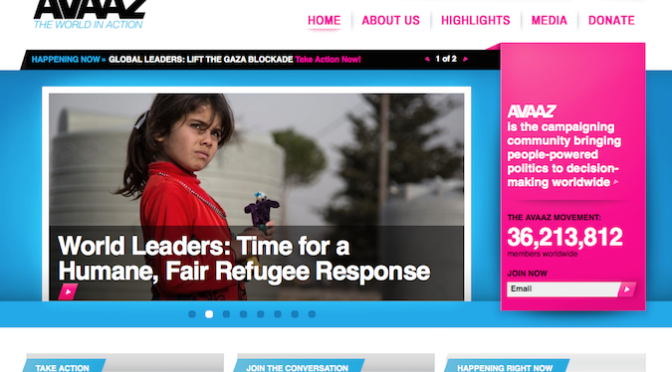 From cause promotion to facilitating the use of social networks and digital tools in response to crises, new technologies are changing the way humanitarianism happens. Sarah and Vincent Fevrier discuss the pros and cons of this shift.

S: You said you’ve been thinking about how digital humanitarianism both challenges and revolutionises humanitarian action. I’ve thought a fair bit about this in terms of advocacy and activism. My background’s in media, but I also studied international development – and NGOs’ increased utilisation of social media, for example, to draw attention to a given cause makes sense. But I also wonder how effective such techniques are in leading to real-world action and change. I guess it’s likely to depend on country and context; the Arab Spring saw people use digital tools effectively, to coordinate, and organisations like 350.org have had a lot of success in using digital platforms to highlight the work they’re doing around climate change. But at what point do we, as potential donors or supporters, switch off? There are so many causes and charities in the world – many people ‘need help’, material or otherwise, and it can be hard to know how to help, or even to feel like you want to beyond a point. What are your thoughts on that, and on the use of digital tools to support humanitarian work in the field?

V: Like you said, social media has been used in sections of development and humanitarianism, mainly through advocacy and communication. Organisations tend to use it for one-way communication to spread their message in the hopes of receiving funds from the public. In a disaster setting, they might use social networks to spread information to the affected people to let them know of services provided and areas of operation. What I’ve been interested in, is to see how organisations can use the information from those affected by disasters provided through social networking sites to make the response more efficient. These social networking sites have given a voice to people who might not have had one a decade ago during a disaster, but today do; and it’s time for organisations to listen to those voices.

I think one way that social media can benefit the humanitarian sector is by providing information to give better situational awareness to organisations for broad strategic planning and logistics. I see social media as the source of the information, combined with a recent tool in humanitarianism, crisis mapping, as the platform to visualise this information. Crisis mapping really emerged in 2010 during the Haiti earthquake, and since then software and digital humanitarian platforms such as Standby Task Force, OpenStreetMap, and many others have been active during many disasters – mapping out roads, tweets, and sifting through data to ensure that a full picture of the disaster is given to partners like UN OCHA, all while doing these tasks by crowdsourcing information. The ability for these organisations to gather information and visualise it can be a tremendous advantage to NGOs who are willing to innovate, because these visuals could render the response more efficient. For example, if tweets say a road is blocked, NGOs can plan new routes for shipments, saving on time. This is quite a simple answer on an important topic, but I just think that there is so much potential in these new technologies in regard to humanitarianism, that NGOs have to evolve from the traditional practices and start thinking outside the box.

S: You’re right, as a vehicle for digital tools designed to help in a time of crisis social media and networks can bring a lot to the party. But what are your thoughts on NGO and activist organisations’ use of social media in a broader sense, for awareness- or fund-raising, or brand promotion? Do you agree with accusations of slacktivism, or clicktivism, that is that social media makes it too easy for people to appear to engage with issues – and for organisations to appear to be engaged with – online, and that’s it? Impact is measured according to a perceived response, not reality? Or is online engagement enough in a digitally connected, oriented world? Do we still need to take to the streets to protest over a given issue – or can signing an Avaaz petition, or sharing an NGO’s social media post be as effective a way of making a democratic point?

V: Concerning your first question, I think it’s a good thing that some are using the tools to spread information, to organise, and for anything that can be to their advantage. Technology has evolved, and the private sector has made use of it early on, so I’m glad that the NGO sector is finally realising that they have to adapt as well. Social media is a great tool for organisations to ensure that they can get their name out there and garner support. My hope is that the power of the tool is used not just for one-way communication from the organisation’s side, but also to listen reflexively to what people have to say, and potentially using that information for strategic decision-making. As for activists, we saw with the Arab Spring the power that social media could have. Even for other causes, social media again serves activists to ensure that injustices or the causes they care about are brought to the forefront of the digital world and shared with millions of people.

As for clicktivism, I understand the argument that social media allows people to sit behind their computer screens away from the issues, but I also know that not everyone is able or willing to go out in the streets to protest for what they care about. And I don’t think that should diminish the contributions they can make through sharing information on social media. In my opinion, anybody who shares information online about a cause, whether just once, benefits that cause, because you never know who it might influence later on to take a stand. I think there is room in this world for both those that are active in the streets, and those who are active in the digital realm. It’s similar to those who analyse social media posts or trace satellite imagery from their house related to a disaster that occurred halfway across the world. The concept of digital humanitarianism is something I strongly believe in.

Imagery is an interesting topic. Communications departments do their best to find the best pictures possible to portray a cause to ensure that they can get potential donations flowing. These pictures, though, seem to always portray the vulnerable child and mother, and for me that is not a true representation of the cause and it bothers me, even though I understand that raising funds is the primary motivation behind the use of that imagery. Humanitarian emergencies aren’t glamourous, so I understand that the pictures used for emergency appeals to get funds will usually be the ones that tug on the heartstrings of prospective donors, and that usually means using a picture like the one of Alan Kurdi. Even if I do have my reservations about such practice, it is one that works. The Europe refugee crisis probably received a lot more attention than it otherwise would have if it wasn’t for that picture. Unfortunately my bigger issue, and perhaps this takes us back to the clicktivism debate, is that while such imagery can appear to generate strong reactions, it doesn’t always translate to long term commitments to address the underlying issues that led to such a tragic photograph.

Vincent Fevrier is a humanitarian passionate about using technology to improve effectiveness in the field. He has an MSc in International Disaster Management from the University of Manchester. Read more by Vincent.