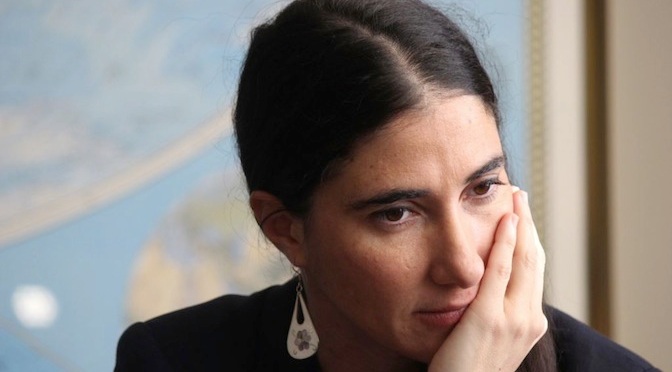 “Any frustration is the daughter of excessive expectations,” I shared my concern with the US members of Congress who visited Cuba in January. The phrase was designed to stress the flow of illusions that has been let loose in the population since December 17. The announcement of the restoration of relations between Cuba and the United States has provoked a resurgence in this country of a feeling lost for decades: hope.

However, the expectations that have been created are so high and so difficult to meet in the short term that many may feel disappointed. There is no way that reality can satisfy such extravagant fantasies of change. The level of deterioration in Cuba needs enormous resources and urgent transformations to be overcome. Time is of the essence, but the Cuban government still has shown no real political will for the new scenario to benefit a wide spectrum of Cuban society.

Before December 17, each person had been focused on aspirations in his or her area of interests and needs. An old locomotive engineer, who saw the dismantling of the railroad of which he spoke with great pride, now says, “you’ll see… we’ll even have a bullet train.” If you ask him the source of such a conviction, he assures you that “when los yumas – the Americans – start to arrive they will improve transportation and surely bring us investments to improve the lines and buy the latest generation cars.” His dreams take the form of an iron serpent, brilliant and fast, crossing the island.

There are others whose illusions take on the lightness of a kilobyte. A young man, 20, who only [knows] the Internet through a few hours of slow and expensive connections in a Nauta internet room, says that before the end of the year “we will have data service on our cellphones.” His certainty is not born from any classified information to which he has access, but because, as he explains, “Obama already said so, the telecommunications companies can negotiate with Cuba, so what’s lacking for me to connect to Facebook and Skype all day long? It’s nothing… nothing.”

The great national obsession, which is food, also has had a space within the imaginative dreams of recent weeks. A housewife, who defines herself as “sick of having to cook the same thing, because there is nothing else,” has projected her illusions on the arrival of goods from the North. “Some lost products will return and the stores won’t have empty freezers like now.” Her perspectives are direct and clear, experiencing the lost taste of beef, the texture of oil and the smell of an onion browning in the pan.

Small private entrepreneurs are not far behind. For the owner of a luxurious private restaurant in the Vedado neighborhood, hope takes the contours of a ferry connecting Havana and Florida. “It will come soon and then we can bring cars, large imports and fresh food for our menu,” he explains with a conviction that provokes a certain anguished denial. He gives the impression that a full lounge, with drinks, bottles of wine and dimmed lights, will cross the water and arrive at the new place he’s building right next to his restaurant.

While expectations grow like a balloon about to burst, others contribute to them with projections from the artistic and creative field. A friend, a private film producer, believes that shortly, “Hollywood could be filming here and Cuban film talent could finally have the resources to do big productions.” For this celluloid artist, “What’s missing is a starting bell to authorize independent productions and allow us to have investors from the United States.”

Among the [dissidents] and civil society more than a few are preparing to legalize their groups or parties at the [first] opportunity. Among the hopeful, they are the most cautious because they know that the spigot of political liberties will be the last to open… if it opens at all. They project their own transition from the “illegal, clandestine and heroic phase” to the stage of a “legal, public and intelligent opposition.” Nor should we discount the illusions that have reached Cuban academia, the schools and other official institutions, where people are dusting off their old ideas of jumping into the arena of politics when the single-party system is a bad memory of the past.

All these hopes, born on St Lazarus Day and fed with the visits to Cuba of members of Congress and [US] negotiators, are now a double-edged sword for the island’s government. On the one hand, the existence of so many illusions buys time and sets the horizon at the end of a long process of conversations between both administrations, which could go on for years. But also, the disappointment derived from not meeting or from postponing such dreams will be focused directly on the Plaza of the Revolution.

The anger towards failure will not fall on Obama, but on Raúl Castro. He knows this and in recent weeks his spokespeople have emphasized cutting back on the perspectives filling the streets of the entire country. They are trying to anticipate that everything will be more or less the same and that too many expectations can’t be met. But there is nothing harder than countering dreams. The symbolic weight of the beginning of the ‘thaw’ between David and Goliath cannot be alleviated with calls for calm, nor energetic speeches that point toward a halt in the negotiations.

When the months pass and the bullet train doesn’t arrive, the internet continues to be impossible, the store freezers are as empty as they are today, the customs rules continue to block commercial imports to private hands, the Cuban Institute of Cinematographic Art and Industry (ICAIC) maintains its monopoly on film production, and being a member of an opposition party still results in official repression and ideological stigmatization… when the bubble of dreams bursts and the excessive expectations bring collective frustration, what will happen? Maybe from there the energy necessary to push for change will be born.

Yoani Sánchez is a Cuban journalist and activist. She was named one of Time magazine’s 100 most influential people (2008). She lives and publishes in Havana, but because of government restrictions on the media her blog cannot be viewed there. Read more by Yoani.