It is a warm evening, late summer. I ride my bike along a section of street busy with nightlife seekers, buskers and tourists outside the subway, in Kreuzberg, Berlin. 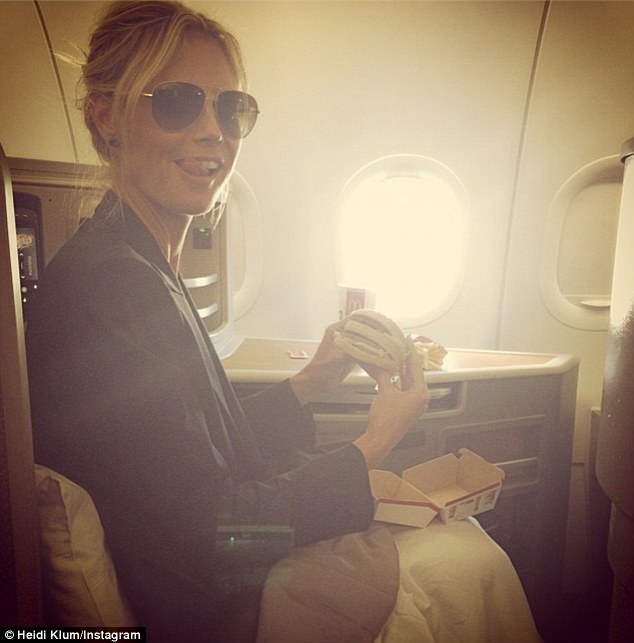 Heidi Klum about to ‘eat’ a McDonald’s double cheeseburger travelling on a plane in first class. No doubt Ms. Klum is about to be disappointed. Source: Instagram

There is a popular burger joint with a queue of customers, even though it is almost midnight, and the smell of meat wafts across the pavement beneath the wrought-iron metro bridge. My stomach rumbles. Perhaps I am hungry. But it has become my habit to not eat this late except when drunk or when the day has been too busy to eat. Only a sliver of desire forms: it is ignored, and I cycle on. But the question – as if through a nostril – enters my mind: How do we ever learn to say No?

The language of aspiration and craving which blankets our city spaces represents an already-completed conquest of our mental space, a strategy that above all else obscures the notion that resistance to consumerism is exigent.

If once a person’s character was their fate, now a person’s fate is their shopping list. Defined by the things we consume – food, clothes, media or ideas – nearly every decision open to us can be boiled down to a question of consumption, whether trivial or signficant, and even ‘life-changing’ decisions are normally selections between competing strategies for acquiring goods. In the urban-scape, nearly every surface is designed to inform us about how to desire: the subway platform has its vending machine, distinct from the small convenience store at the station’s entrance or the fast food outlet on the main street; their prominence gives us an illusion of options, or ‘dietary choices’. The walls of the station are pasted with billboards and advertising, a chance for a sexual dimension to be injected into our discourse of mundane objects; and littering the rail tracks are the refuse of past devourings, the crumpled McDonalds bags and crushed cola cans themselves functioning as a kind of advert (also:memento mori for the pleasures of trash culture). The language of aspiration and craving which blankets our city spaces represents an already-completed conquest of our mental space, a discourse that has moved past the question of whether to consume, and allows us only to ask what and how. It is a strategy that above all else obscures the notion that resistance to consumerism is exigent. An alien or amnesiac engaged in a survey of urban environments might propose that the Anthropocene has been superseded by the Econocene*, noting that the majority of changes in an urban landscape take place for purposes of mercantilism.

“If once a person’s character was their fate, now a person’s fate is their shopping list.”

As surfaces ourselves, we too act as indicators of general consumptive trends, and – individually – of ability. Our place within the consumer hierarchy is displayed by our clothes and accoutrements, is scratched into our skin or bleached in our hair, while on a genic level advantageous consumption can produce whiter teeth or squarer jaws. Consumer status is a prism for personal identity in capitalism, and how we are seen by others is closely linked to our bank balance or available credit. And we are only an instance of the general facts of our class, a leitmotiv which governs our lives. For most, a slow grind accompanied by the redemptive certainty that hard work and skilful game playing will lead to a steady expansion of our material horizons; there is the effortless advancement and otium of the already-wealthy; or the improbable leaps occasioned by hypergamy, fame and criminality on a grand scale. But it’s all by and by, an illusion of freedom: our choices in capitalism are like the station stops on the subway map, everything else – the in-between – a rush of darkness.

An illusion of freedom: our choices in capitalism are like the station stops on the subway map, everything else – the in-between – a rush of darkness.

As the natural world has become distant, replaced by a horizon of controlled spaces and purchase options, so too have its selection mechanisms become outmoded. Tracking of animals, dowsing and hand-to-hand combat: these and other skills, essential to surviving our atavic past, have been replaced by the importance of making the right consumer choice. Food selection takes place in a well-lit supermarket, and alignment with a tribe is a question of buying a certain brand of sneakers or a backpack. But in common with dowsing, there is an inherently mysterious aspect to these decisions. To be effortlessly fashionable, a trendsetter, is a rare and valued skill, especially so considering the volume of information that each day the marketers spray onto a docile populace. Most options within the matrix of capitalism are characterised by excess. After all, thirst does not correlate with the volume of a plastic Coca-Cola bottle, nor hunger with the add-ons which can be extra’d with a fast-food meal. Modern consumers no longer have a firm view of what is nourishing, whether food or culture; and with scientistic opinions purchased and disseminated by corporations and the skilled story telling of marketers so much chaff thrown up, the chance for an individual to arrive at a considered view is small. 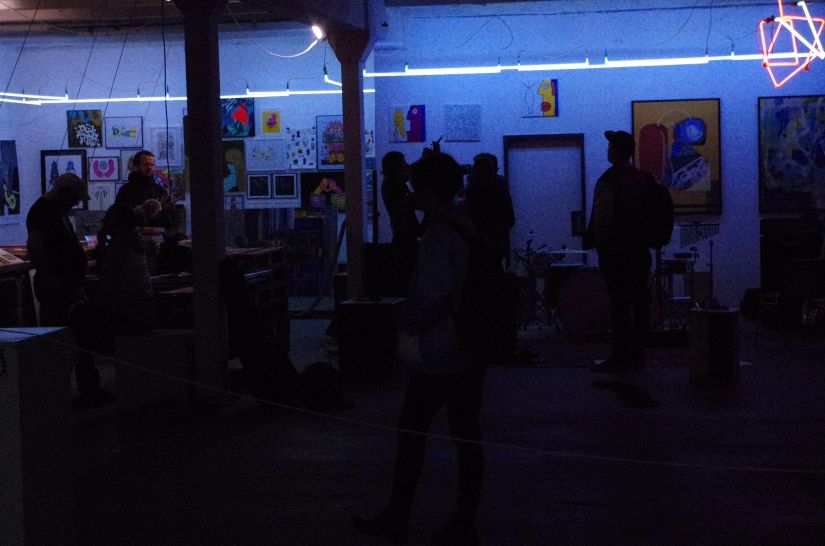 In common with dowsing, there is an inherently mysterious aspect to consumer decisions. To be effortlessly fashionable, a trendsetter, is a rare and valued skill.

The consequences of being unfashionable can be fatal. Take the drug addict – the most committed of all consumers but the least successful. Their entire life is ruled by a drive to acquire a product which they don’t rationally want, and drug addiction is – at the end – a terrible consumer choice, a spectacular failure to mediate between desires for the deleterious and the nutrimental. As a style of consumerism, drug addiction is fast and intense, soon burns out the consumer and is difficult to maintainin extenso. At the root of an addict’s instinct to destroy themselves is the agony from the awareness that they choose over and again to make the wrong choice; it is an agony at their impotence as a consumer. Yet the example of narcotics is just one: addictions in modern consumer culture are myriad and personal. By comparison, a normal consumer is able to spend many years idly reaching after their fix; and while the condition is terminal, the symptoms are often not felt acutely until many years later: diseases of affluence, or the middle class angst that accompanies a person’s realisation they are boring. 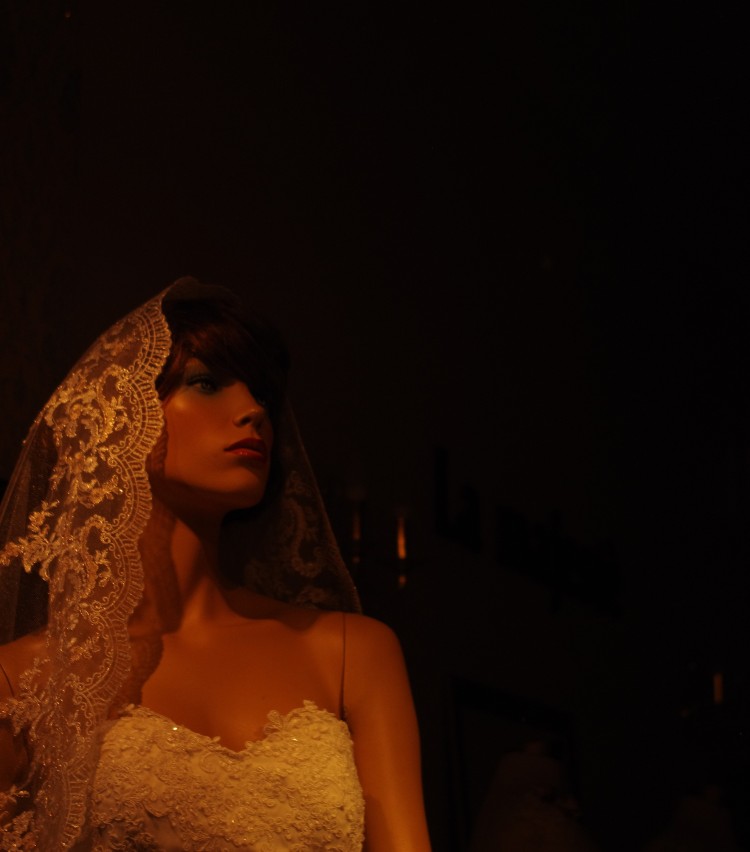 “…addictions in modern consumer culture are myriad and personal.”

Each day we are presented with a thousand images of objet de luxe to consider, (perchance to acquire); at night each lighted sign is a substitute for a star no longer visible in the city due to smog or mundane light. It is the function of advertising to supply us with a surface lacking real details, but immensely absorptive and laden with potentiality. Abhorring the emptiness of the image – horror vacui ­– our imagination will rush into the void, personalising it and by return bringing it within the caul of our ego. In practice this requires us to imagine our lives improved by acquiring a certain item or ‘lifestyle’, sketching new narratives and potentials for ourselves. It is a subtle art. Though most purchases we make in any given day are items cheap and unimportant, at work in each consumer choice is the imaginative faculty: noticing an object, we flirt with the idea of acquiring it, and luxuriate in our sense of choice (this holds even if we know that we cannot afford it). There is a frisson of agency and potency that comes via the contemplated growth of being, accretion through consumption. But once these psychological games are played out, and the decision is made to eat or buy it, the thing itself is inevitably quite disappointing in comparison with the thrill which the moment of choosing created. At the second bite we realise that the chocolate bar was too sweet, or after the second wash we realise the cotton top was too cheap, and does not look on us as it looked on the shop’s mannequin.

The smell of meat mixes with the smell of car fumes and the sight of wrought iron.

For the period that it exists solely in our imagination, an item is malleable in its properties and entirely fulfilling; but once the till receipt is printed it loses this richness, becoming concrete. Nearly always a purchase proves to be a disappointment once it crosses the bridge from the imagined to the real, since human imagination is infinitely richer than products of capitalism, normally of such poor quality; and so there is an almost immediate sense of anti-climax or dissatisfaction that pounces upon most acts of consumption. But the average civilian does not discern that this twinge of disappointment comes from the mind’s comparison between the imagined object and the real: instead we look for other explanations. Typically the item itself is somehow thought lacking; by extension the solution to the deficiency of the first is to acquire another. And so the vicious (or expensive) cycle of longing and disappointment perdures, leading many into year-long binges far more pernicious than anything even the most fiendish drug-hound could envisage. For while the drug addict lives a life of constant struggle, even in their most abject moments of desperation the cause of their woe is clear, as is a desire to reform themselves; whereas the consumer is immensely unhappy, but with no grasp of what is lacking in their life, or even that they are unhappy. The horizon of their existence is made up solely of things, the cause of their unhappiness; but the placated and imbecilic citizen cannot imagine a world beyond. The solution to unhappiness is always another thing.

The modern consumer is unsure whether they are haunted by the city, or are themselves haunting it.

It may seem a dim view of modern humanity: inhabiting the prison of our minds, the individual is trapped in a stasis of imaginary desires, like an old computer near frozen as it grinds through a calculation with too many data points. We cannot see out from within our network of consumer relations, cannot untangle our feelings from objects nor distinguish between what we want and what has merely been placed in front of us. We cannot see other. But there is an alternative perspective. If we accept that much of our desiring is caused by an affinity for the non-real, seeing that our attraction to a bauble has only a small relation to the thing itself, it becomes easy to unwed our mental life from the turning cogs of consumerism. The message for the drug addict, cigarette smoker, junk food gobbler or retail masochist is that a completely different mind frame, a reconfiguration of desires, is easy, or at least possible. The depth of feeling that has been invested in desiring needs to be turned inwards, into an elaboration of of denial, thickening the skin of your ego against the abitrary incursions of marketeers, to remain unpunctured by externalities. Quite quickly, as one’s sense of agency grows, the ability to consider what we actually want, to weigh between the chaff thrown up by advertising and the inhering desires of one’s self, awakens. Advertising is like a vampire: it needs to be welcomed into your home before it can begin to suck your blood.

Stian Overdahl grew up in Auckland, New Zealand, and has lived in Norway, Dubai, and Berlin. He studied philosophy, and works as a freelance writer and photographer. He blogs at www.fashionandwarfare.com. All photos used here (except otherwise attributed) are Stian’s own.