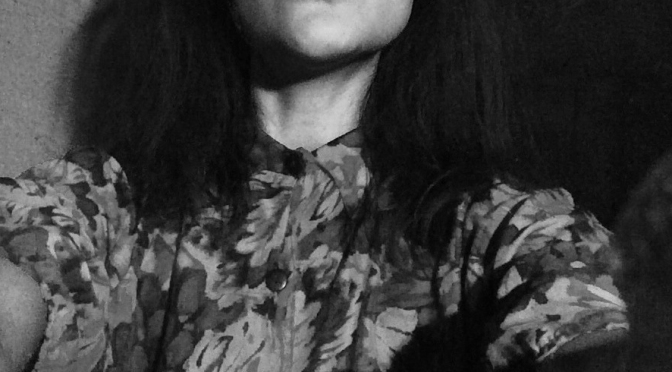 Welcome to Impolitikal, a digital-only publication rooted in a desire for the world to be a more equal place. The site has evolved out of some postgraduate study I did around the importance of the arts and media as avenues via which people can express themselves politically, particularly in situations where access to ‘official’ routes for doing so is limited or compromised. The focus of my study was humanitarian development, so I was arguing the point within this context, but the paper gave me a newfound respect for the power of both art and the media to inspire and serve as catalysts for change.

My hope is that Impolitikal can provide a platform for constructive dialogue around some of the complex shit the world is facing today, ultimately leading to real-world action and change. That it will function as an international community, and a space for listening and talking to people of a diversity of cultures, ages and walks, not for soapboxing and ego. I personally believe we’re all connected, that even our small decisions can have big implications for people we may never meet, but in essence are family.

The work featured on here won’t solely focus on economics, but I feel strongly that trying to resolve inequality and inequity within an economic system to which they’re inherent is ultimately pointless. Like continuing to pour water into a leaky bucket, efforts to resolve poverty that don’t address its structural causes will do little to address it in the long term, though they are of course well-intentioned and crucial to their recipients in the short. We’d consider it foolish to renovate a house knowing its foundation was unsound, and I think the same applies to trying to pretty-up capitalism, or keep it on life support.

As Isaac also notes, it’s a structure that has not, ultimately, worked for the West. Things may appear to improve as the world becomes glossier and our experiences and representations of it more manicured, but if the basic needs of a majority (or, in my opinion, even a minority) aren’t being met, I don’t think it’s accurate to call that system either functional or successful. Persisting with an economic system that creates and exacerbates inequality and poverty as a matter of fact, while hoping simultaneously for an end to these things, just doesn’t make any sense.

It seems to me that there’s a lot of talk about this stuff at the moment, but that much of it stagnates as simply that: talk, hung up on semantics or sabotaged by the egos of leaders or the motivations of business. Often we disengage from politics because we’re sick of the soapboxing and failing to follow through – not to mention the sheer scope of need and dysfunction, not only in an economic sense, but in many other social senses too. It’s overwhelming, and many of us don’t have the headspace to unpack it. Everyone’s dealing with pressure to get by – though the definition of what that looks like is different for each of us – but the engine’s currently running on empty and bullishly keeping it going will only mean that at some point we come to a grinding halt.

It can be hard to acknowledge that something isn’t working, even if taking the time to deconstruct and rebuild it will ultimately serve us better, but continuing to do things how we currently are will only cause the scenario to worsen. I really think if we refuse to accept breakages like inequality, discrimination and poverty as givens, and go about the complex work of making them obsolete – both through the small choices we make day-to-day, and through participating in the bigger stuff as much as we are able – that one day it could actually be a bizarre notion, for example, that billions of people could be without basic needs while the resources exist to meet them. That people will be unable to comprehend a time there were those who were withheld food and water and life-saving medicines because they didn’t have enough money to engage with those economies.

Rather than sticking our heads in the sand and hoping it’ll all just get better, let’s acknowledge the fact that it won’t on its own – because it hasn’t – and go about the complex work of trying to find a better way. I’m not saying capitalism’s all bad, but it certainly isn’t working for the majority in its current form. And yet the majority are working for it. Money will continue to talk if people don’t, but if we refuse to accept the injustices that trouble us, and push for a better way, something has to shift. Part of the reason I wanted to start Impolitikal is to address the tension between the extremes. I think the only way for change to happen is to address the confusing space, the mass of grey, between. I’m a middle class kid from New Zealand. On the one hand I’m not so wealthy I don’t know what it’s like to have to scramble for rent, on the other that’s largely a result of my choice to freelance, and to return to study. If I’m stuck I know I can ask my family and friends for help. Which I have done. A lot.

I have the indulgence of choice. There are many, many people who don’t. I’ve wrestled with guilt around that since I was old enough to understand the imbalance, but it also felt disingenuous to shout about it, when in reality ‘the system’ has done me ok. I think that’s where we get stuck though. Champagne socialism doesn’t happen because we want it to, I think many people just don’t know where to start, for all sorts of reasons. If you have money it’s easy to feel like your efforts to help are a bit patronising or even pointless – ‘doing our bit’ then going back to our comfortable lives. If you don’t have money, you don’t have the luxury of spare time to spend navel-gazing. You just hustle. Not to mention that thinking about this stuff can be completely overwhelming, and uncomfortable, so we stop. It’s not often we push beyond the ‘this is fucked’ into ‘how can we actually change it?’ Because, if we’re honest, doing so will more than likely disrupt whatever stability we’ve managed to win in our own lives.

Anyway, I don’t think there are any easy solves or quick fixes, but I do think if we collectively chose to do all we could to address the breakdowns SOMETHING would have to come of it. The process of change is often hard and uncomfortable and involves trial and error, but getting to the other side is awesome and worth it. Normal is only normal because the generations that came before us made it that way, which means there’s plenty of room for its definition to change.