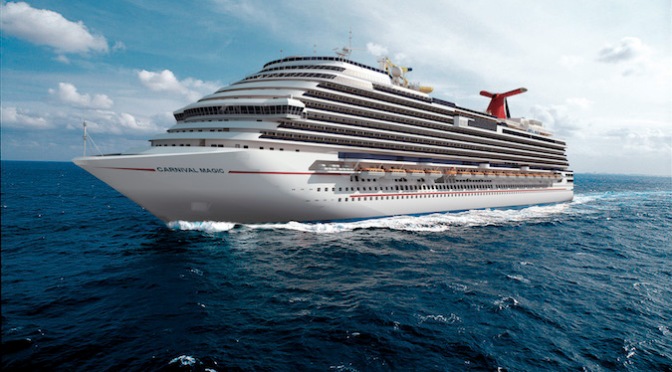 There are several ways to react when faced with another person’s affluence. One of them is the one taught to us by the Castro regime from the time we were little, and that is based on anger and stigmatizing the prosperous. A Robin Hood-like intransigence, the point of which is to snatch from the other person the “excess” or whatever he “has too much of”. This animosity toward anyone who makes progress, accumulates property or enjoys certain material comforts has ended up becoming one of Cuba’s accepted idiosyncrasies, although the times seem to be changing.

“I am never going to go on a cruise, but the more they come… the more we gain,” a retired man said [recently], chewing tobacco and wearing a shirt so worn out his skin showed through. The official news had just been announced that the US company Carnival Cruise Lines received authorization from Washington to travel to Cuba, and the gentleman was expressing his own opinion about the luxuries enjoyed by others. This symbol of a capitalism of pleasures, fun and wastefulness is about to dock in Havana and it is noteworthy that officialdom will receive it not with [protest] or slogans, but rather will welcome it.

Cubans don’t appear scandalized when we talk about these floating behemoths that will arrive with sumptuousness and money – a lot of money. Rather, people calculate the benefit involved when the giant of the seas touches land and a flood of tourists descend with bulging wallets and overflowing sunscreen. Restaurant owners near the Port of Havana are rubbing their hands and tchotchke-sellers are hoping to improve their sales.

“Carnival Cruise Lines is the last fig leaf to be removed and it lays bare their shameless fascination with money – their own and others’.”

Others, like the gentleman with the worn out shirt and the chewing tobacco, will probably not benefit at all from Carnival Lines’ arrival. However, unlike in the past when he had spit with anger at these “exploitative bourgeois who come to leave us their trash”, now he seems disposed to cope with such an exhibition of ostentation and glamor. Asked about his tolerance for others’ luxuries, the old man explained that, “There are people here who live like that, so grandly, but they’re up there,” as he pointed a finger skyward to indicate the nomenklatura. “Here the difference is that we will see them coming by sea and they won’t be hiding what they have.”

To preserve the succulent assets associated with power, the government itself is changing its discourse regarding the wealth of others, and trying to attract those, “rich people, bourgeois, empowered”, whom they renounced and fought for decades. However, in order to reap the benefits of luxury tourism, they are sending a contradictory message to their citizens, who grew up under calls for egalitarianism and austerity. Carnival Cruise Lines is the last fig leaf to be removed and it lays bare their shameless fascination with money – their own and others’.

Yoani Sánchez is a Cuban journalist and activist. She lives and publishes in Havana, but because of government restrictions on the media her blog cannot be viewed there. Read more by Yoani.