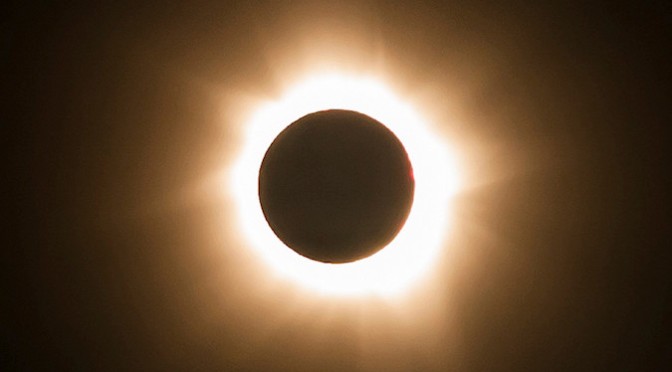 I have always been obsessed with astronomy. Some say the scale of space is so vast it makes them feel minuscule, inconsequential and all human endeavours insignificant (an attitude summed up by the black humour of Monty Python in their Organ Donor Sketch). For me it touches on the sublime. Stuck between the blithe or manic subatomic and the listless, lethargic supergalactic, our vantage point is perfectly absurd and magical. The impolitic stars and planets don’t bow to our institutions or leaders, my boss or your employee. They openly mock the feigned importance of a shady handshake in parliament by remaining oblivious. The sun doesn’t give us the knowing wink of a solar eclipse to congratulate our Red Nose Day donations – Lenny Henry raising aid for Africa whilst sincerely staring down the lens of a camera with a comical red nose stuck on his face as he stands next to a malnourished infant. The stars aren’t saying ‘well done man, well done’. Shit don’t care about us.

Similarly, the political and corporate worlds seem to invest equally as little thought and capital into the things beyond our planet. This is why I found myself so thrilled to observe a recent eclipse. It was the national equivalent of those hangover moments I get where I contemplate my mortality. Watching the gears of the system slow down in anticipation. I saw one suited man in an Audi pull over and get out of his car to observe it and thought to myself what a victory this was. Imagining he was on his way to a meeting somewhere and his 5-minute delay or missing his morning coffee was a snapshot of the frantic, self-obsessed world slowing down and reflecting on its insignificance.

I believe the routine chugs full-force back into its everyday motion too quickly because people struggle to deal with the fact sitting behind the moon, behind the sun, behind the roulette wheel of the solar system, that everything that we are working towards – all personal, national and global goals – could be stunted and indiscriminately wiped out in a second. Everyone, to some degree, admires the break in routine that is afforded to us by these events, but we are far too keen to jump right back into the routine destruction of our planet; mining fossil fuels, exploiting less economically developed countries, destroying swathes of rainforest, allowing Katie Hopkins ANY media coverage. These destructive tendencies show our will to destroy ourselves – our ignorance of the paper-thin tightrope that we walk shows our capacity for denial.

It’s quite something to have all prejudices, ideologies and beliefs melt into that temporary zone of unity we all shared during the eclipse, because we realised we have the agency of a blind rodent in our hamster ball-Earth, running free on a motorway in gale force winds. Recognising this is a unifying force in my mind.

The astronomer John Dobson travelled through communities with designs for his Dobsonian telescope, a ‘bucket of light’ that could quite easily and cheaply be built and used as a powerful telescope. Observing deep-space objects and the details of the planets needn’t be another thing that wealth claims for the wealthy. Dobson devoting his time to this reminds me of why I’ve always thought of astronomy as an important dose of reality worth injecting into everyone’s life. He must have seen the value of looking into deep space. To him I believe there was a message in there for all of humanity to hear, and I believe that message was, ‘dudes, we’re fucked’.

I have this belief that events like mindblowing eclipses inspire greater connectedness and Armageddon urgency for improvement. I still believe – and call it Star Trek naivety – that if more people gave a portion of their week to contemplating the stars, idiotic ideologies and bullshit barriers that exist within to separate and stagnate our collective evolution; our self-importance, our tribal or national patriotism could disappear with a healthy dose of stargazing, blown away in cosmic winds.

James Campbell is a Manchester-based writer. Find him on Twitter. Image source.